COVID-19, Chloroquine, hydroxychloroquine and risks to the heart 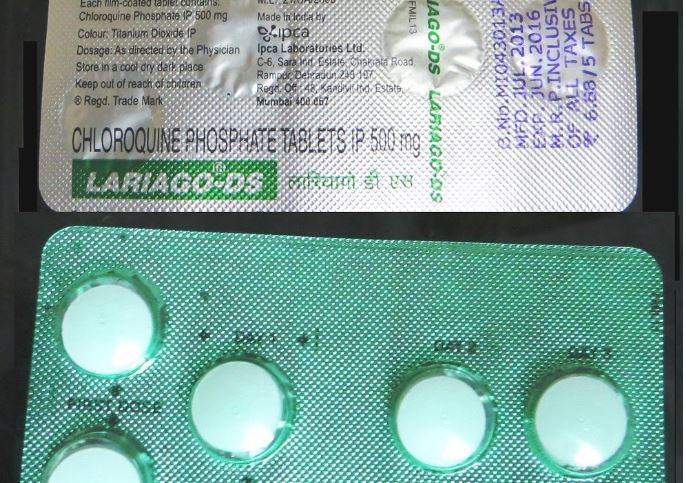 As we find ourselves in the midst of the COVID-19 pandemic, we are realising that this particular virus is far more dangerous than we had initially thought and apart from largely supportive measures, we don’t really have any proven effective treatments. The truth is that whilst the lockdown and social distancing measures may control the spread of the illness they don’t have any impact on the dangerousness of the illness if a person is unlucky enough to catch it.  It is therefore unlikely that the most vulnerable will be safe unless there is an effective treatment or a vaccine.

For any treatment to be a good treatment, it should be effective but at the same time not cause harm and this has to be backed up by data from large scale well-designed clinical studies.

More recently there have been some reports that Chloroquine and Hydroxychloroquine may offer some protection from the really harmful effects of the virus and this has led to some world authorities including President Trump declaring that this could be a game-changer as it is already widely used and safe and therefore may offer benefit without necessarily causing harm.  The problem with this statement is that what may appear safe in a small number of patients may not be safe when given ‘en masse’ to hundreds of millions of people. Whilst only a small proportion of patients with COVID-19 (20%) will suffer a really severe course of illness, the truth is that many more would end up being given the drug and therefore it is feasible that if the drug were in any way not safe we could end up harming patients who would never even have had a severe form of the virus

Chloroquine and hydroxychloroquine are both 4-aminoquinolones. They are already used widely in management of malaria, rheumatoid arthritis and Lupus.They have some properties which may theoretically make them effective anti-viral agents. Many viruses need an acidic pH to effectively replicate. 4-aminoquinolones are weakly alkali so they increase the pH in the cells of the host, which in turn can inactivate some of the enzymes needed for viral replication. In particular with regards to the current coronavirus, we know that this virus uses the ACE-2 receptor to enter cells and there is some evidence that 4-quinolones can act on this receptor too.

However when people have tested these agents out in cell cultures and animal studies, the antiviral effects have been variable.

Let’s look at some of the viruses against which 4-aminoquinolones have been pitted against in lab studies:

2)   Zika: In one study chloroquine reduced transmission of the virus from 5 infected mice to their offspring

3)   Ebola: Chloroquine reduced ebola viral replication in vitro but caused worsening of ebola infection in guinea pigs and made no difference to mortality in mice and hamsters

When we then try and use what we have seen in the lab and test it out in humans the results have been disappointing.

Dengue fever: chloroquine inhibited Dengue fever in some cell culture studies but in a small study of 37 patients, it did not shorten the length of illness.

Influenza: There were some promising lab studies but again in a large human trial it did not show that it prevented infection.

There was a paper by Yao et al who suggested that in vitro, hydroxychloroquine and chloroquine could inhibit the SARS-Cov2 virus with hydroxychloroquine being more potent at doing so compared to chloroquine. This was published in March 2020. This was the impetus that first led to some small scale studies in actual patients being conducted.

One was by Chen et al and here they took 62 patients admitted with COVID-19 who had been admitted to hospital. 31 patients were given hydroxychloroquine 400mg daily for 5 days and the authors measured the time to recovery, clinical characteristics and X-ray findings. The average age of patients was 44.7 years.  They found that the time to recover, body temperature and time for cough to improve was notably shorter in the hydroxychloroquine group. It was also worth noting that in the placebo group 4 patients developed much more severe illness and this did not happen in the HCQ group. Also 2 patients in the HCQ group also developed some mild side effects.

This led to another perhaps controversial study by a French group led by a guy called Didier Raoult.  Here they took a total of 42 patients with COVID-19. The average age was 45 years. 26 were given 600mg of hydroxychloroquine/daily and 16 were controls. In some patients they also gave an antibiotic called Azithramycin. The authors then measured the viral load in nasopharyngeal swabs and they found that at the end of day 6, 70% in the HCQ arm had tested negative for the virus compared to 12.5% in the control group. They also found that all 6 patients on both hydroxychloroquine and azithromycin had completely cleared the virus. You could be forgiven for thinking that this sounds promising (a bit president trump thought). However there are some interesting points to note:

Of the 26 patients on HCQ, data were only presented for 20 patients. The reason 6 patients were excluded was because they did not remain in the study for the full 6 days. Why? Well, one died, 2 had been moved to ICU and two patients withdrew. This did not happen to any of the patients in the control arm. In addition, the patient who died was negative for the virus at the time of death so perhaps it is important to understand that what we are trying to do is prevent death (not just be swab negative).

It was on the basis of these trials that the interest in these medications as a potential treatment has really taken off. However as you can see the data are by no means unimpeachable. We need larger, better studies.

What about harm? Can these medications cause harm?

In general chloroquine and HCQ are considered to be safe and in general side effects tend to be mild and transient. However the margin between what is a therapeutic dose and toxic dose is narrow. Chloroquine poisoning has been associated with cardiac problems that can be life-threatening.

In patients who use these agents over several years the most recognised complication is retinal toxicity. However less frequently cardiotoxicity and neuromyotoxicity can also be seen. With regards to the heart, we see that it can cause cardiomyopathy which is either manifested as the heart becoming enlarged and weak or sometimes the heart does not enlarge but can become very stiff (restrictive cardiomyopathy). This then results in the heart not being able to function as effectively as a pump and this in turn can be dangerous. There was a small study looking at 25 patients with this by a french author Costedoat-Chalumeau and he found that almost half these patients died after developing heart failure and in the majority of the rest there was some improvement when the drug was discontinued. Some patients have required heart transplantation. We also see that long term use may cause heart conduction abnormalities such as heart block and bundle branch block. Many of this happen after prolonged usage and in this setting older patients, women, >10 years of treatment, pre-existing cardiac disease and kidney disease patients seem to be more vulnerable.

In COVID-19, the likelihood is that people will only be taking the medications for a short period of time so perhaps some of these side effects may not be such a problem.

Nevertheless we also know that in the short-term, these agents can prolong the QT interval and in some patients this can translate into dangerous heart rhythm disturbances and even potentially sudden death. The usual QTc is 440ms in men and 460ms in women. When the QTc is above 500ms we really start to worry. Whilst these agents can increase the QTc themselves, the risk is much higher if you combine these agents with something else that also prolongs the QTc …like Azithramycin – which was the antibiotic which was used in combination in the french study.

There is some research from Chorin et al where they measured the Qt interval on the ECGs of 84 adult patients who were given the hydroxychloroquine/Azithramycin combination and they have apparently reported that the QTc increased by 40ms in 30% of patients and went to higher than 500ms in 11% of patients. In addition many other medications that people take including some antipsychotic medications can also increase the Qtc interval and therefore this is a real concern.

So in summary, based on current evidence we cannot wholeheartedly recommend something which has very limited evidence regarding efficacy and clearly some major concerns regarding safety. We will still need to wait and see what the research shows when the results are available.

I hope you found this useful and I would be very interested in hearing your thoughts.