E-cigarettes, Vaping and the Heart: What we know so far 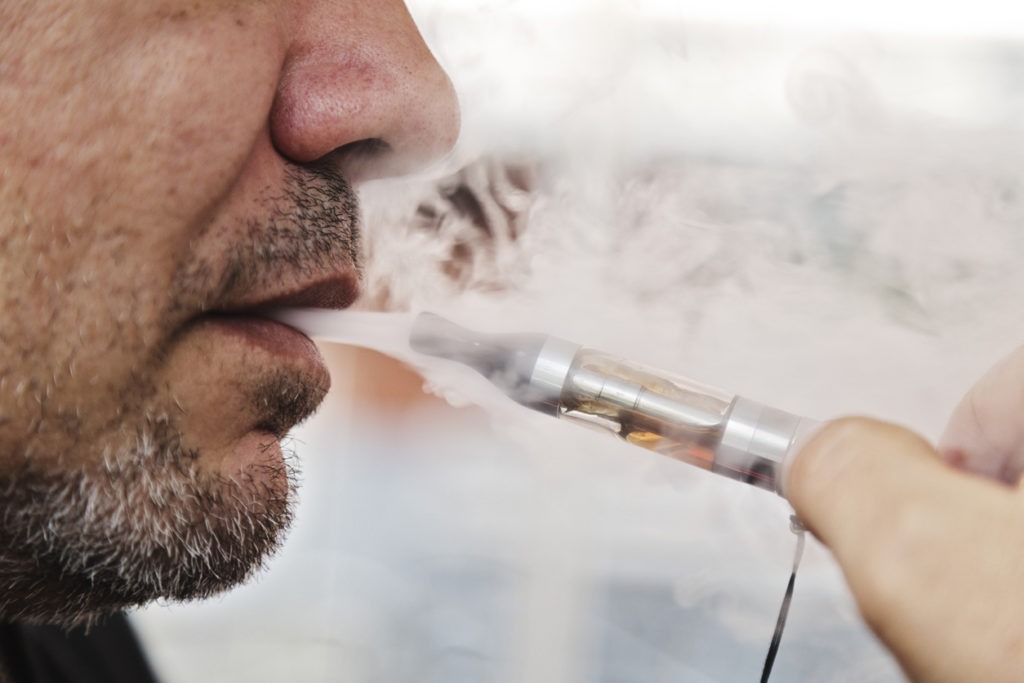 Vaping and the heart – e-cigarettes

Very recently, there have been a large number of news reports alerting the public about possible dangers of vaping after 5 deaths and 450 possible causes of vape-related lung illnesses were reported across 33 states in the USA.

Whilst it is unclear what the exact cause is, it is believed that chemicals like Vitamin-E acetate which are used to emulsify THC (tetrahydrocannabinol)and CBD (cannabidiol) in illegal and unregulated vapourisers are the likely culprit.

In view of these, the public are actively being advised against using e-cigarettes.

Given these recent concerns about vaping, I thought it would be apposite to write an article on what we know so far about e-cigarettes and vaping and effects on heart.

E-Cigarettes first entered the market in china in 2003. They subsequently entered the US and European markets in 2006 so they have only been around for 10-15 years and therefore research around their long-term safety is not available.

E-Cigarettes are battery-operated devices which heat a liquid which usually contains nicotine, thereby producing a vapour which the user inhales. The vapour emulates but is not tobacco smoke. This process simulates the experience of smoking a traditional cigarette but no combustion occurs.

The main ingredients of the liquid which is vapourised are Nicotine (although some are nicotine-free), propylene-glycol or glycerol and flavourings. In addition, other compounds such as tin, lead, manganese, nickel, chromium and even arsenic have been found in e-cigarette liquids and vapours.

In terms of nicotine content, the range varies from none (nicotine-free) up to 36 mg/ml. Common concentrations that are sold in multiples of 6mg/mL

In terms of effects on health, the first thing to say is we simply don’t have any research telling us about whether in the long -term e-cigarettes are safe or not (e.g. in terms of the risk of causing cancer)

Potential risks are related to the exposure to nicotine as well as in the components of the vapour produced by the device.

Much of what is known about nicotine is available from studies in traditional smokers and therefore it is difficult to be absolutely certain of how much of what we know is due to the effects of combustion products and how much is due to the nicotine itself. Studies using nicotine gum or even nicotine spray have suggested that nicotine increases the heart rate by about 10-20 beats and increases the blood pressure by 5-10 mmHg. Experiments have also shown that nicotine reduces blood flow in cardiac blood vessels (coronary arteries) by causing them to constrict. Nicotine has also been shown to reduce heart function if you already have pre-existing heart dysfunction.

There are also concerns about the chronic effects of nicotine. In experimental models of cholesterol fed rabbits, it appears that nicotine increased the amount of hardening of arteries i.e increasing atherosclerosis. It is important to remember that this study was in rabbits and not humans and therefore not immediately extrapolatable.

With regards to vapour exposure it is heartening to know that the E-cigarettes do not expose the user to many of the constituents of cigarette smoke such as tars, oxidant gases or carbon monoxide and therefore inhaling e-cigarette vapour is less likely to be as harmful as inhaling cigarette smoke. However, e-cigarettes do contain a number of potentially toxic chemical substances. E-cigarettes have been associated with development of a condition called idiopathic acute eosinophilic pneumonia and the recent outbreak of illnesses have been thought to be due to the inhalation of a cannabinoid oil.

We don’t really know about the overall safety of propylene glycol or glycerol which is also found in e-cigarettes.  At high temperatures, propylene glycol will decompose and may form propylene oxide which may be a carcinogen. Glycerol can produce a toxin called acrolein and both propylene glycol and glycerol may decompose to form formaldehyde and acetaldehyde which are also carcinogenic. However, these are generally produced at lower levels than with conventional cigarettes. Other carcinogenic compounds that have been found include TSNAs (tobacco specific nitrosamines, carbonyl compounds, metals, volatile compounds and phenolic compounds but these again are found in much lower quantities that in traditional cigarettes.

In terms of long term risk, e-cigarettes are thought to generally lower risk compared to traditional cigarettes. Neverthless, having a lower risk does not equate to being safe. We certainly know that e-cigarettes increase the amount of work that the heart has to do and at least 2 large surveys have suggested that bronchitic symptoms such as chronic cough and phlegm production are more prevalent in e-cigarette smokers

So overall, the message from the research so far is that using e-cigarettes is safer than smoking traditional cigarettes but this does not automatically mean that they are safe and as more research accrues, it is possible that they may be more harmful than we currently realise. Wherever possible, e-cigarette smokers should think of vaping as a bridge to helping them stopping smoking altogether rather than as a destination.

I hope you found this blog useful and I would be very interested in your comments.

Here is a link to a video on this subject: