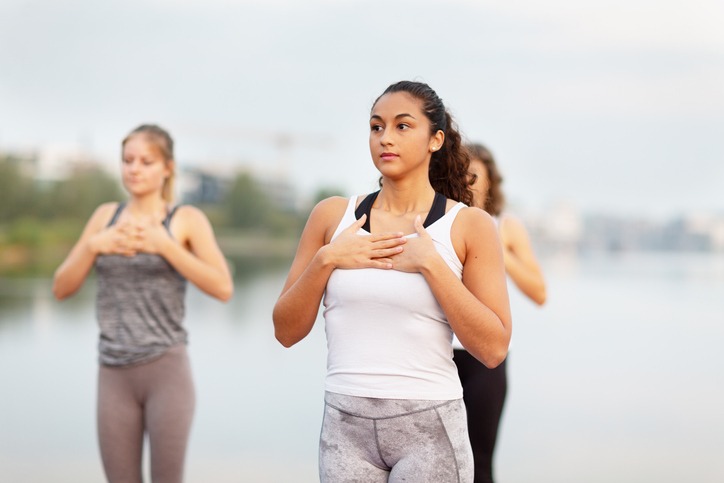 Atrial fibrillation is a common heart rhythm disturbance which may impact on both quality and quantity of life.

AF can also come and go and when a patient does develop an episode of AF, they can be very symptomatic with palpitations, breathlessness, fatigue and tiredness. We also know that AF begets AF. The more AF, you get the more you will have in the future.

Whilst there are many pharmaceutical agents that may be used to reduce the burden of AF in patients, these are often associated with side-effects and can also be very costly and therefore unsurprisingly, patients would prefer natural alternatives. The problem is that most of modern medical practice is driven by the pharmaceutical industry who would never fund a study large enough to study a natural agent and therefore the common argument against using perhaps a natural supplement would be that there is lack of evidence. Of course, there is a lack of evidence because no-one will do the experiments!

I have become increasingly interested in seeing if there are any small scale studies which show any benefit from natural supplements on AF occurrence and AF recurrence and this is where I chanced on some research on the potential benefits of Vitamin C in AF which I will share with you today.

We know that a process called Oxidative stress (which I don’t fully understand) has been implicated in both the pathogenesis and perpetuation of AF. It therefore would seem reasonable to hypothesise that those agents that may have anti-oxidant properties could perhaps help reduce AF. VItamin C is one such naturally occurring potent, water-soluble anti-oxidant.

In 2001, a group of researchers led by a scientist called Cynthia Carnes became interested in the antioxidant effects  of Ascorbate on the atria (the chambers that malfunction in AF). They did an animal based experiment where they took 11 dogs and put a wire in the atria and delivered electrical impulses to the atria at a rate of 400/min and then studied the effects of this on the electrics within the atria . They were particularly interested in something called the atrial effective refractory period (AERP) which is the time when the heart muscle is refractory to any new electrical signal. if the atrial refractory period is shortened then it increases the likelihood of more heart rhythm irritability/AF etc. They found that pacing was associated with both a shortening in the AERP and a fall in ascorbate levels in the tissue and if you supplemented the dogs with extra ascorbate before-hand then you did not see this shortening in the AERP suggesting that in someway supplementation with ascorbate protected against more atrial electrical irritability.

These authors became interested in these findings and decided to do a study on patients and they took 50 patients who had been planned for a heart bypass operation and gave them 2g of extended release ascorbic acid the night before surgery followed by 500mg bd for 5 days after surgery and compared them to age matched controls and found that the group of patients who were given Vitamin C had significantly less AF in the post-operative period (16.3% vs 34.9%. Whilst there were some flaws in this very small study, it clearly was interesting that this natural medication which is well tolerated and without much in the way of side effects may be associated with less AF.

In 2010 Papoulidis published a paper showing that after bypass, the incidence of AF, hospitalisation time, ICU time and time interval for conversion back to a normal heart rhythm was significantly lower in the Vitamin C supplemented patients.

In 2011, a scientist called Harling looked at all the data pertaining to Vitamin C and concluded that when you put everything together, the data indicate that Vitamin C supplementation does significantly reduce the amount of postoperative AF although the quality of the studies so far has been poor and therefore a bigger better designed study is warranted before incorporating Vitamin C in routine practice.

What about AF in the non-cardiac surgery setting? There are very few data. In 2005, Kornatzapoulos published a study looking at the effects of vitamin C supplementation to see if it reduces recurrence of AF in patients who underwent electrical shock treatment or cardioversion and found that within 1 week AF recurred in 36.3% of patients in the control group and only 4.5% of patients in the Vet C group. In addition they found that inflammatory markers decreased in patients who underwent cardioversion whilst taking vitamin C.

So clearly very interesting data which makes a compelling case for studying this naturally occurring cheap  and generally very safe supplement. The only problem is who is going to do this study? And in the absence of a big study, patients may continue to be deprived of an agent which potentially makes a significant difference to AF patients because most doctors these days are protocol driven rather than being patient-driven. This is where patient empowerment comes in. This is where patients can come together and say ‘look i understand that there are gaps in the evidence base but this is generally a safe product and therefore may be i am willing to try it and see how it goes’.

I hope you found this video useful. If you have had positive experiences with Vit C or negative experiences then this would be a great place to share your experiences and this way, patients benefit from each other rather than being at the mercy of pharmaceutical companies, economists and protocol-bound medics.